A Wealth of Pigeons: A Cartoon Collection 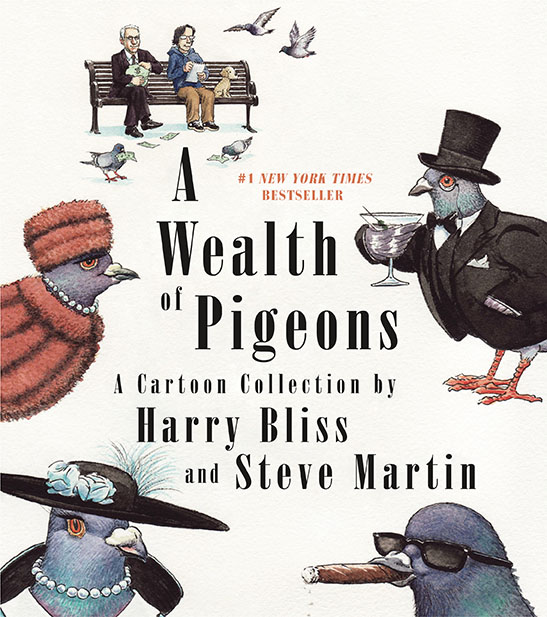 “I've always looked upon cartooning as comedy’s last frontier. I have done stand-up, sketches, movies, monologues, awards show introductions, sound bites, blurbs, talk show appearances, and tweets, but the idea of a one-panel image with or without a caption mystified me. I felt like, yeah, sometimes I’m funny, but there are these other weird freaks who are actually funny. You can understand that I was deeply suspicious of these people who are actually funny.”

So writes the multitalented comedian Steve Martin in his introduction to A Wealth of Pigeons: A Cartoon Collection. In order to venture into this lauded territory of cartooning, he partnered with the heralded New Yorker cartoonist Harry Bliss. Steve shared caption and cartoon ideas, Harry provided impeccable artwork, and together they created this collection of humorous cartoons and comic strips, with amusing commentary about their collaboration throughout. The result: this gorgeous, funny, singular book, perfect to give as a gift or to buy for yourself. STEVE MARTIN is one of the most well-known talents in entertainment. His work has earned him an Academy Award®, five Grammy® awards, an Emmy®, the Mark Twain Award, and the Kennedy Center Honors.

As an author, Martin’swork includes the novel An Object of Beauty, the play Picasso at the Lapin Agile, a collection of comic pieces, Pure Drivel, a bestselling novella, Shopgirl, and his memoir Born Standing Up. Martin’s films include The Jerk, Planes, Trains & Automobiles, Roxanne, Parenthood, L.A. Story, Father of the Bride, and Bowfinger. 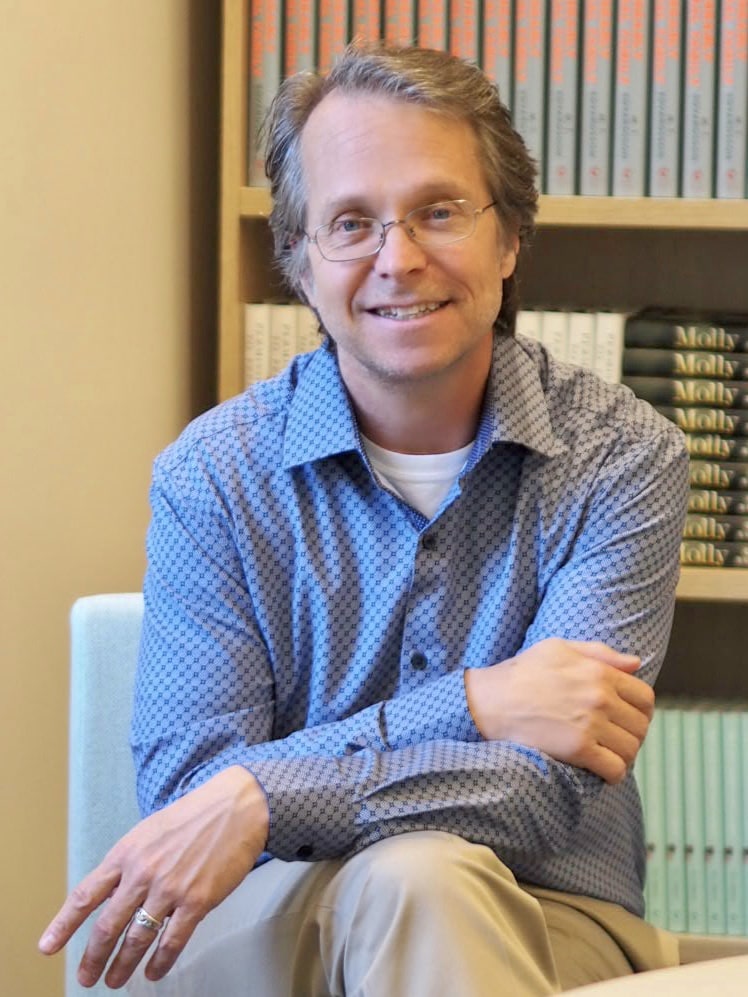 HARRY BLISS is an internationally syndicated cartoonist and cover artist for the New Yorker magazine. His syndicated comic ‘Bliss’ appears in newspapers internationally. He has written and illustrated over 20 books for children and is the founder of the Cornish CCS Fellowship for Graphic Novelists in Cornish, New Hampshire.

“Light, urbane, and frequently silly,... this refreshing tonic of a collection feels perfect for flipping through on a Sunday after an especially trying crossword puzzle.”

“Bliss' versatility as an illustrator is showcased, too, making it clearer still that this duo was destined.”

“A sweetly goofy team effort by the king of slapstick and the lauded cartoonist.” Number One Is Walking is Steve Martin’s cinematic legacy—an illustrated memoir of his legendary acting career, with stories from his most popular films and artwork by New Yorker cartoonist Harry Bliss.

Steve Martin has never written about his career in the movies before. In Number One Is Walking, he shares anecdotes from the sets of his beloved films—Father of the Bride, Roxanne, The Jerk, Three Amigos, and many more—bringing readers directly into his world. He shares charming tales of antics, moments of inspiration, and exploits with the likes of Paul McCartney, Diane Keaton, Robin Williams, and Chevy Chase. Martin details his forty years in the movie biz, as well as his stand-up comedy, banjo playing, writing, and cartooning, all with his unparalleled wit.

With gorgeously illustrated cartoons and single-panel “diversions” in Steve and Harry’s signature style, Number One Is Walking is full of the everyday moments that make up a movie star’s life, capturing Steve Martin’s singular humor and acclaimed career in film. The perfect gift from the team who brought you the #1 New York Times bestseller A Wealth of Pigeons.