What Is a Biography? 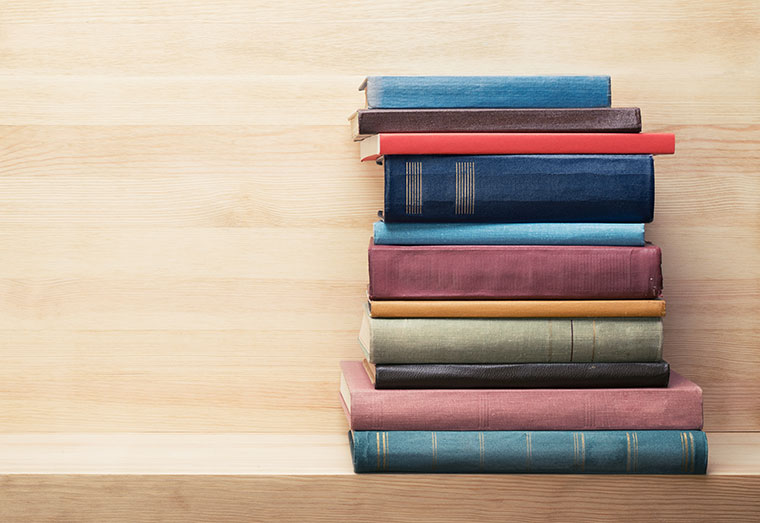 Learning from the experiences of others is what makes us human.

At the core of every biography is the story of someone’s humanity. While biographies come in many sub-genres, the one thing they all have in common is loyalty to the facts, as they’re available at the time. Here’s how we define biography, a look at its origins, and some popular types.

A biography is simply the story of a real person’s life. It could be about a person who is still alive, someone who lived centuries ago, someone who is globally famous, an unsung hero forgotten by history, or even a unique group of people. The facts of their life, from birth to death (or the present day of the author), are included with life-changing moments often taking center stage. The author usually points to the subject’s childhood, coming-of-age events, relationships, failures, and successes in order to create a well-rounded description of her subject.

Biographies require a great deal of research. Sources of information could be as direct as an interview with the subject providing their own interpretation of their life’s events. When writing about people who are no longer with us, biographers look for primary sources left behind by the subject and, if possible, interviews with friends or family. Historical biographers may also include accounts from other experts who have studied their subject.

The biographer’s ultimate goal is to recreate the world their subject lived in and describe how they functioned within it. Did they change their world? Did their world change them? Did they transcend the time in which they lived? Why or why not? And how? These universal life lessons are what make biographies such a meaningful read.

Origins of the Biography

Greco-Roman literature honored the gods as well as notable mortals. Whether winning or losing, their behaviors were to be copied or seen as cautionary tales. One of the earliest examples written exclusively about humans is Plutarch’s Parallel Lives (probably early 2nd century AD). It’s a collection of biographies in which a pair of men, one Greek and one Roman, are compared and held up as either a good or bad example to follow.

In the Middle Ages, Einhard’s The Life of Charlemagne (around 817 AD) stands out as one of the most famous biographies of its day. Einhard clearly fawns over Charlemagne’s accomplishments throughout, yet it doesn’t diminish the value this biography has brought to centuries of historians since its writing.

Considered the earliest modern biography, The Life of Samuel Johnson (1791) by James Boswell looks like the biographies we know today. Boswell conducted interviews, performed years of research, and created a compelling narrative of his subject.

The genre evolves as the 20th century arrives, and with it the first World War. The 1920s saw a boom in autobiographies in response. Robert Graves’ Good-Bye to All That (1929) is a coming-of age story set amid the absurdity of war and its aftermath. That same year, Mahatma Gandhi wrote The Story of My Experiments with Truth, recalling how the events of his life led him to develop his theories of nonviolent rebellion. In this time, celebrity tell-alls also emerged as a popular form of entertainment.

With the horrors of World War II and the explosion of the civil rights movement, American biographers of the late 20th century had much to archive. Instantly hailed as some of the best writing about the war, John Hersey’s Hiroshima (1946) tells the stories of six people who lived through those world-altering days. Alex Haley wrote the as-told-to The Autobiography of Malcom X (1965). Yet with biographies, the more things change, the more they stay the same. One theme that persists is a biographer’s desire to cast its subject in an updated light, as in Eleanor and Hick: The Love Affair that Shaped a First Lady by Susan Quinn (2016).

The typical modern biography tells the life of someone still alive, or who has recently passed. Sometimes these are authorized — written with permission or input from the subject or their family — like Dave Itzkoff’s intimate look at the life and career of Robin Williams, Robin. Unauthorized biographies of living people run the risk of being controversial. Kitty Kelley’s infamous His Way: The Unauthorized Biography of Frank Sinatra so angered Sinatra, he tried to prevent its publication.

The wild success of Lin-Manuel Miranda’s Hamilton is proof that our interest in historical biography is as strong as ever. Miranda was inspired to write the musical after reading Ron Chernow’s Alexander Hamilton, an epic 800+ page biography intended to cement Hamilton’s status as a great American. Paula Gunn Allen also sets the record straight on another misunderstood historical figure with Pocahontas: Medicine Woman, Spy, Entrepreneur, Diplomat, revealing details about her tribe, her family, and her relationship with John Smith that are usually missing from other accounts. Historical biographies also give the spotlight to people who died without ever getting the recognition they deserved, such as The Immortal Life of Henrietta Lacks.

Biography of a Group

When a group of people share unique characteristics, they can be the topic of a collective biography. The earliest example of this is Captain Charles Johnson’s A General History of the Pirates (1724), which catalogs the lives of notorious pirates and establishes the popular culture images we still associate with them. Smaller groups are also deserving of a biography, as seen in David Hajdu’s Positively 4th Street, a mesmerizing behind-the-scenes look at the early years of Bob Dylan, Joan Baez, Mimi Baez Fariña, and Richard Fariña as they establish the folk scene in New York City. Likewise, British royal family fashion is a vehicle for telling the life stories of four iconic royals – Queen Elizabeth II, Diana, Kate, and Meghan – in HRH: So Many Thoughts on Royal Style by style journalist Elizabeth Holmes.

This type of biography is written about one’s self, spanning an entire life up to the point of its writing. One of the earliest autobiographies is Saint Augustine’s The Confessions (400), in which his own experiences from childhood through his religious conversion are told in order to create a sweeping guide to life. Maya Angelou’s I Know Why the Caged Bird Sings is the first of six autobiographies that share all the pain of her childhood and the long road that led to her work in the civil rights movement, and a beloved, prize-winning writer.

Memoirs are a type of autobiography, written about a specific but vital aspect of one’s life. In Toil & Trouble, Augusten Burroughs explains how he has lived his life as a witch. Mikel Jollett’s Hollywood Park recounts his early years spent in a cult, his family’s escape, and his rise to success with his band, The Airborne Toxic Event. Barack Obama’s first presidential memoir, A Promised Land, charts his path into politics and takes a deep dive into his first four years in office.

Fictional biographies are no substitute for a painstakingly researched scholarly biography, but they’re definitely meant to be more entertaining. Z: A Novel of Zelda Fitzgerald by Therese Anne Fowler constructs Zelda and F. Scott’s wild, Jazz-Age life, told from Zelda’s point of view. The Only Woman in the Room by Marie Benedict brings readers into the secret life of Hollywood actress and wartime scientist, Hedy Lamarr. These imagined biographies, while often whimsical, still respect the form in that they depend heavily on facts when creating setting, plot, and characters.