If your book club is not one to shy away from the hard questions, try one of these recent titles. Open and honest conversations about race, family secrets, sexuality, immigration, abuse, poverty, and marriage are difficult, but you’ll be glad you rose to the challenge. 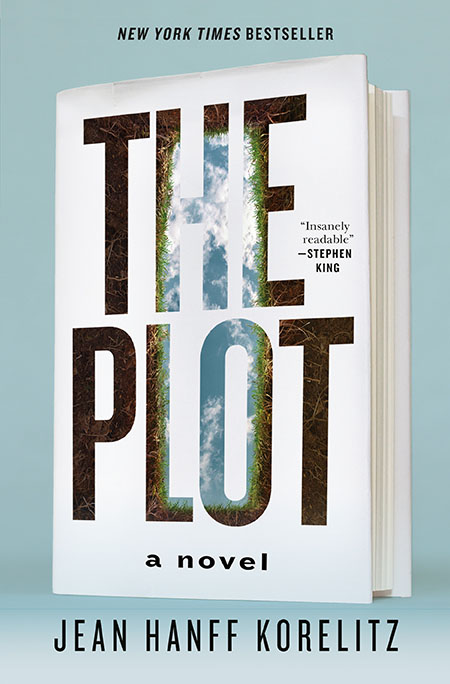 What would you do if success was as simple as stealing someone else’s idea? Jake is a struggling author desperate for a creative breakthrough. He once was a promising novelist. Now, he’s stuck teaching at a third-rate creative writing program and must contend with obnoxious MFA students like Evan Parker, a cocksure pupil who’s convinced that his novel-in-progress is a surefire hit.

Alas, Jake knows this to be true—and he braces for Evan’s inevitable rise to literary superstardom. But when Jake discovers that Evan has died, he just can’t let that perfect story go to waste. So he takes the plot idea and claims it as his own. Blockbuster success soon follows. But Jake’s big break transforms into a nightmare when a threatening message arrives in his inbox: You are a thief.

As Jake races to unmask his anonymous antagonist all while keeping his plagiarism a secret, he uncovers more than he ever expected about Evan Parker and the origins of his “sure thing” plot.

We Are the Brennans

When Sunday Brennan wakes up in a Los Angeles hospital, bruised and sore from a drunk driving accident that she caused, she knows it’s time to put her life back together. So she heads home to New York to reconnect with the family and friends she abruptly left behind five years ago. Sunday is committed to rebuilding her life on the east coast and mending her frayed relationships with her loved ones. But just as she’s making progress, a dangerous figure from Sunday’s past shows up and threatens to ruin the Brennan family business. To protect her family, Sunday must reckon with long-buried family secrets that will force the entire Brennan clan to confront their past mistakes and find a way forward together. Arriving for their honeymoon in 1950s Cape May, New Jersey, Henry and Effie are startled to find the beach town deserted. Isolated in their new marriage, they decide to cut their trip short. But before they leave, they encounter their glamorous, sensual neighbors and become swept up by their drama. The beautiful socialite Clara; her lover, wealthy playboy Max; and his aloof, mysterious half-sister, Alma, to whom Henry is irresistibly drawn. The empty beach town becomes their playground as they sneak into the vacant summer homes, walk naked under the stars, make love, and drink an enormous amount of gin. Soon Henry and Effie slip from innocence into betrayal, with irrevocable consequences. Claire is only seven years old when her older sister, Alison, dies tragically during a family vacation to the Caribbean island of Saint X. She spends much of her life piecing together who she thinks Alison was, and as with anyone who dies young, myths take over. As an adult, Claire (who now goes by Emily) runs into one of the local men suspected in her death. Turns out, they’re neighbors in rapidly gentrifying Brooklyn. Through this complicated relationship, Emily sees privilege and race collide, and rethinks her version of that fateful family vacation. Elwood Curtis’ life is on the right track, which is saying a lot for a young black man in Tallahassee at the dawn of the Civil Rights movement. Until it isn’t. A single slipup sends him to the Nickel Academy, a “reform school” that notoriously sends young men out into the world worse than when they came in. Elwood feels he can only survive the physical abuse and daily insults by emulating Dr. Martin Luther King. His friend, Turner, isn’t convinced. Decades later, we see that only one of them made it out alive. Recipe for a Perfect Wife

Alice’s new life in the suburbs is an adjustment. Her career is in transition, which suddenly makes her a “housewife,” a term she thinks should be redefined. In the meantime, Alice discovers an old cookbook left in the basement by a previous owner, Nellie. Seeing a fun project, Alice starts making the recipes in Nellie’s book, which also holds unsent letters and telling notes in the margins. As Nellie’s shocking secrets come to light, Alice feels challenged to examine her own life — as a wife, as a woman — and where her power really lies. Patsy makes the hard decision to leave her home in Jamaica, which includes her young daughter, Tru. Her destination is New York City, and the woman with whom she hopes to find love. Of course, the American Dream is not what it seems, and Patsy has to take low-wage jobs and live under the radar as an undocumented immigrant. In Jamaica, Tru grows up without a mother, left to find her own identity and ways to heal from Patsy’s estrangement. Finally, a painful reunion changes their lives. Circe, daughter of Helios, isn’t enthralled by the lives of gods and would rather spend her time with mortals. Her witchcraft powers, however, do come in handy when she needs to conquer her enemies. Zeus, sensing that Circe’s power is uncontrollable, exiles her to an island where she has no allies and must depend on her considerable skills to survive the men and gods who try to take her down. With a divine Old Boy’s Club at her throat, she must decide if she is to remain a god or live among the mortals she loves. The Antidote for Everything

Georgia and Jonah are doctors at the same hospital in Charleston, South Carolina. A single monumental decision by hospital leadership changes their careers and their close friendship overnight: The hospital will no longer care for transgender patients. Jonah, a gay man, immediately rebels and is fired amid a manufactured scandal. Georgia, seeking a middle ground, battles corporate and religious dogma, while trying to reinstate Jonah and do what she can for their patients. One hundred years into America’s dystopian future, most land is underwater. Maya and her daughter, Pearl, survive by fishing and trading, but heartache nags at them. Maya’s oldest daughter, Row, has been missing for years, but there’s a rumor of her appearance at an outpost in the Arctic. Now, Maya must decide if she should risk their already insecure lives chasing a shadow, or if they can live with the regret of never knowing what happened to Row. The Big Oakland Powwow is on everyone’s mind. Some will go to prove their sobriety. Others will honor the memory of a loved one who passed. Young dancers will debut not just their skills, but their identity within their tribe. A few will arrive with worse motives. As 12 people prepare for the big day, history, poverty, pride, and love swirl around them. It’s a painful yet realistic story about Urban Indians, their displacement, and the myths that try to hold them back. When bookstores, mysterious manuscripts, and all manner of bibliophiles are at the center of a story, it doesn't get much better than that!
Read More