Because the British Royal Family is endlessly fascinating.

Long before the House of Windsor captured our imagination on Netflix’s The Crown, we’ve been fascinated with the British royal family. True, their dramas and joys are the same as everyone else’s, yet the stakes are so much higher when every move is reported, and something as small as a handbag can be symbolic. If you want to go behind the castle walls and really get to know the royals, start with these books. HRH: So Many Thoughts on Royal Style

Elizabeth Holmes, a fashion journalist, studies four Royal women who define their generations: Queen Elizabeth II, Princess Diana, and the Duchesses Kate and Meghan. These women obviously have a strong sense of style, and they have the budget to match. In HRH, Holmes explains the meaning behind their fashion choices and what it says about the times, their priorities, and their roles within the royal family. The Queen Mother: The Official Biography

Born in 1900, Queen Elizabeth I lived to see a full century, making her one of the longest-reigning royals. In this, her official biography, Shawcross draws on the Queen Mother’s own writings to tell her sweeping life story. Her memories of two World Wars, King Edward VIII’s abdication, her husband becoming King and she the Queen, her daughter’s ascension to the throne, and her love of Britain are all captured here. It’s easy to see why the Queen Mum was so loved by a nation. Elizabeth the Queen: The Life of a Modern Monarch

Queen Elizabeth II was only 25 years old when she took the throne, a role she had little time to prepare for after her father’s death. In the public eye, she has fallen in love, married, become Queen, met with world leaders, become a mother, and led a nation into the 21st century. Smith takes us behind the walls of Buckingham Palace into the Queen’s daily life, her triumphs, and her family’s painfully public struggles. Diana: Her True Story—In Her Own Words

Five years before her tragic death, a series of interviews with Princess Diana became the basis for Morton’s bestselling, scandalous biography. Diana doesn’t hold back when discussing her relationship with the House of Windsor, her troubled marriage to Prince Charles, her love for her two sons, and how she imagines the future. This updated edition is bittersweet, but further solidifies her legacy as the People’s Princess. Not since Princess Diana has a woman from the House of Windsor captured the hearts of the world. Kate Middleton met Prince William in college, and after a 10-year relationship, finally wed. Nicholl provides the backstory, from her childhood in Berkshire to the halls of Kensington Palace. It’s a must-read for anyone who wants to better understand the future Queen Catherine. Finding Freedom: Harry and Meghan and the Making of a Modern Royal Family

By Omid Scobie and Carolyn Durand

Harry and Meghan, the Duke and Duchess of Sussex, stunned everyone when they decided to retire their royal duties and live an independent life. Finding Freedom follows the unexpected road they have taken. Things may not have ended well for British royals and American women in the past, but Harry and Meghan prove that they can dismiss the rumors and live life as they choose. Wallis in Love: The Untold Life of the Duchess of Windsor, the Woman Who Changed the Monarchy

Bessie Wallis Warfield was a socialite from Baltimore who ended up turning the tides of world history. She’s the woman who famously fell in love with King Edward VIII – although some would say she seduced him – and he fell in love in return. The consequences were dire: They were not allowed to marry. In one of the most stunning walk-offs in modern history, Edward abdicated the throne for the sake of their love. This is the story how Wallis became “that woman” who captured a King. By Heather Cocks and Jessica Morgan

Speaking of American women becoming Royals, this series promises all the fun, fantasy, and drama. In The Royal We, Bex moves to England for school and falls in love with Nick, the future King. Despite a crazed paparazzi and the pressures of Royal life, Bex makes it to her wedding day. The Heir Affair begins just after the royal wedding as Bex and Nick struggle to keep the lid on a scandal that has angered not just the royal family, but the entire country. The Royal Governess: A Novel of Queen Elizabeth II's Childhood

Queen Elizabeth’s childhood is recreated in this moving historical novel about service to country and taking care of the ones you love. Marion is only 22 years old when she is hired to tutor Elizabeth and Margaret. She’s equally determined to show them what life is like outside the palace as well as protect them from the drama within. As the girls become women, Marion is by their sides despite the personal sacrifices she has to make along the way. The Gown: A Novel of the Royal Wedding

Of all the royal weddings we’ve watched over the years, the bridal gown is undeniably the center of attention. This beautiful historical novel tells the story of how Queen Elizabeth II’s iconic wedding dress came to be, and of the women who made it. Moving between postwar England and current-day Toronto, three women are connected by a single remaining piece of embroidery, one that was meant for the Queen’s gown. All hell breaks loose when the Queen decides to take a walk. Can the palace staff find her before the paparazzi? And what are they so worried about anyway?  How much trouble could one runaway royal cause? What a fun novel for anyone who ever wanted to see the Queen cut loose and break tradition, even if just for one day. It’s been an exceptional year for nonfiction literature — and the narratives below are the best of the best. From gripping true crime and bestselling memoirs to enthralling scientific investigations, here are the best nonfiction books of 2022.
Read More 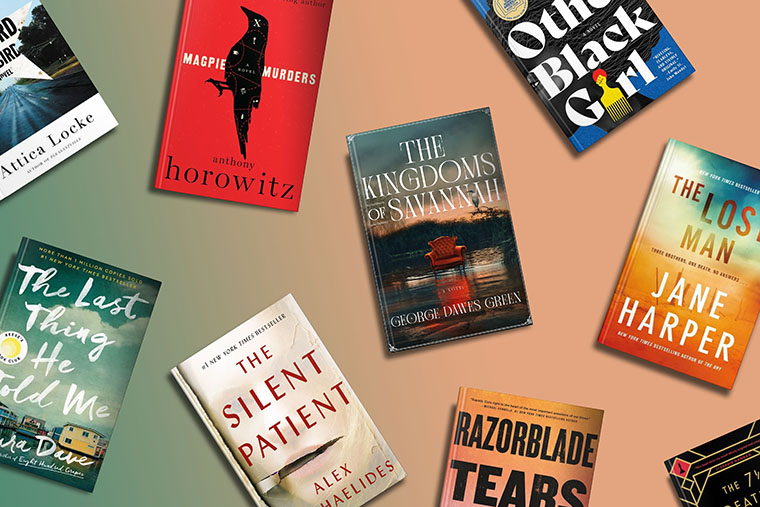