Editor Ryan Doherty on How He Acquired The Silent Patient

The executive editor of Celadon Books describes the exciting process of acquiring one of the most anticipated thrillers of 2019.By: Ryan Doherty, as told to Stephen Lovely

Ryan Doherty joined Celadon Books in the fall of 2017, after years working in both book publishing and the film business. Not long after arriving at Celadon, he first read the manuscript for The Silent Patient. Here, Ryan shares with us what it was like to acquire the book.

Before I joined Celadon, I was working for Sony Pictures in literary development. Developing a book into a film or a TV show is exciting, but I found there were often too many people muddling with the creative vision. I missed the relationship between and author and their editor. What makes editing books so special isn’t just that you get to pick them and work creatively on them – it’s that you become a kind of project manager for the book, helping to coordinate the art direction, marketing, and other areas of publication. I was thrilled to step back into that world, and it was only two months after we opened our doors at Celadon that I found a manuscript that really excited me: The Silent Patient by Alex Michaelides.

The manuscript reached my inbox on November 15 – that was a Wednesday, I remember. It wasn’t the first I’d heard of it, though. It was already out on submission over in the U.K., and I’d heard from a scout that it was getting interest from British editors. The agency Rogers, Coleridge & White was representing the author, so I reached out to Sam Copeland, an agent there who I had met at the London Book Fair back when I was with Sony Pictures. He submitted the book to me a day later, and I starting tearing through it right away. I knew we had a something special and forwarded the manuscript to Jamie Raab and Deb Futter.

Once you read it, you’ll know how this book wraps you up and won’t let you go. Jamie, Deb, and I all had our office doors open, and each of us could hear the others gasp when they got to the plot twists.  “Don’t say a word, no spoilers!” we’d yell out.

We knew we had to publish this book, and Jamie and Deb were both headed out to the National Book Awards Ceremony that evening, so we decided to try to preempt it – that is, make an aggressive offer early to take the book off the table and avoid getting into a bidding war with other publishers.

So I reached out to Sam again, this time with an offer. But I couldn’t reach him over the phone, so I sent an email. He called me back from the pub – it was late in the U.K. by then, of course. It took a little back-and-forth, but we closed the deal around 6:30 p.m., just in time for Jamie and Deb to walk into the National Book Awards Ceremony.

It was an amazing feeling because we knew we’d landed a big one. And we got plenty of proof of that soon after. The Silent Patient caught fire around the publishing world (it’s been sold in 35 foreign territories so far, and counting). There were multiple film offers, too. The rights ended up landing with Plan B Entertainment producing at Annapurna Pictures.

In a happy coincidence, I was heading to London a few weeks later for some publisher and agent meetings, so I was able to meet Alex and celebrate properly with him and Sam over a martini. Alex is as brilliant as his book. Alex shared his ideas for future books with me, which are amazing, so we ended up changing our one-book deal to a two-book deal. It was a thrill to land The Silent Patient, and it is so great to know that we have the start of an incredible career that will grow with each book at Celadon. We can’t wait to read a draft of Alex’s next one, The Scarecrow, and we’re extremely proud to be publishing The Silent Patient early next year.

The Silent Patient is the gripping tale of Alicia Berenson, a happily married artist who murders her husband and never speaks again. Forensic psychotherapist Theo Faber sets out to unravel the mystery of Alicia’s notorious crime and quickly discovers that nothing about her case is as clear-cut as it seems. The Silent Patient by Alex Michaelides will be released on February 5, 2019. Want some mythology on your to-read list but don’t have time to read Homer? Try one of these novels instead.
Read More 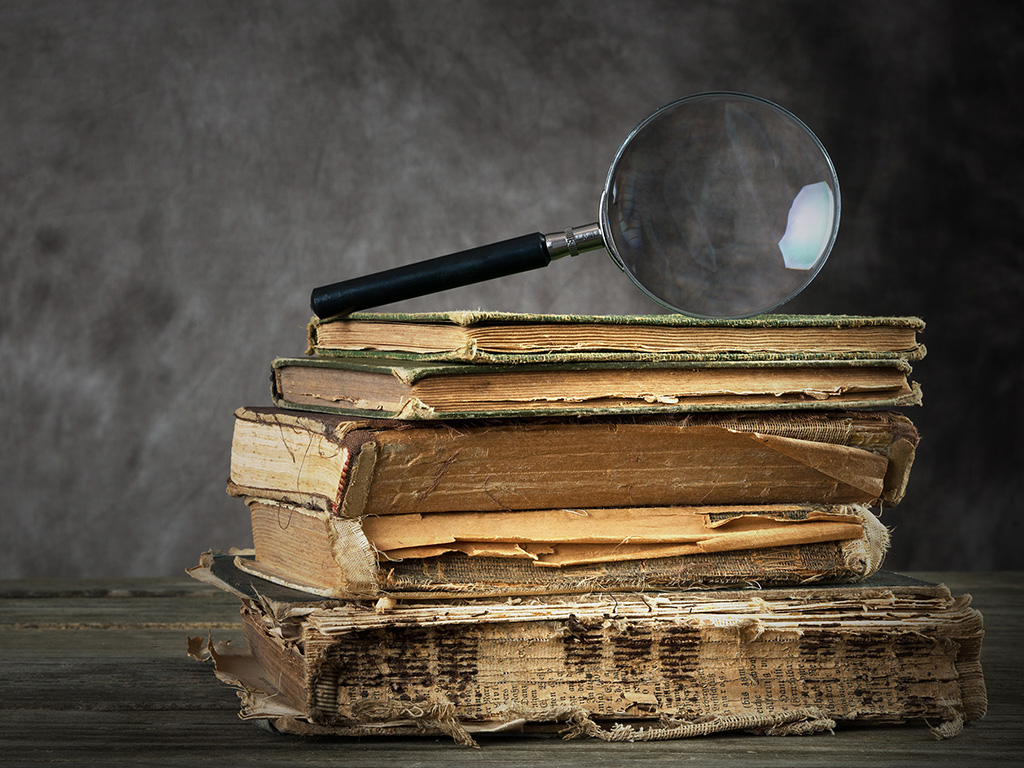 What Is a Mystery?

Solving the unexplainable is a tale as old as time.
Read More